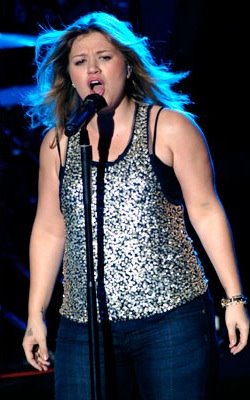 Celebrities are well-known for being among the most intelligent and politically acute members of society. Why, if we didn’t have Lindsay Lohan to help guide our voting conscience, where would we be? Thankfully, Kelly Clarkson’s here to further enlighten us. Via Pegasus News:

During the European leg of her tour, the singer toldThe Daily Star: “I’ve been reading online about the debates and I’m probably going to vote for Obama again, even though I’m a Republican at heart.”

Kelly added: “I can’t support Romney’s policies as I have a lot of gay friends and I don’t think it’s fair they can’t get married. I’m not a hardcore feminist but we can’t be going back to the ’50s.”

To be clear, this doesn’t bother me because of the gay thing. Ignoring the fact that “I have a lot of gay friends” is the 21st-century equivalent of “I’m not racist, I have friends who are black”, I think everyone these days have loved ones who are gay, be they friends, family, or their own gay significant other. Gays marrying has no bearing whatsoever on the legitimacy of my own marriage, so what’s it to me if they get married? No, the first thing about this that bothers me is the fundamental lack of understanding of what the fuck exactly it is the president does. Is, or even can, Mitt Romney going to take office and forever deny our gay friends they ability to marry? No, he cannot. No president can. Is Barack Obama, if reelected, able to magically wave his hands and grant marital privileges to all? Again, no. It is, at this juncture, a states rights issue, just like every other marriage-related issue. The only involvement the president could have is with DOMA, either signing it into law or vetoing it’s passage should it ever get to that. And if that does happen, don’t blame/thank the president. Blame/thank the fucking legislature.

The second infuriating thing about this is that it’s another case of a public figure who’s wealthy enough to have the luxury of voting entirely on the basis of social issues. People love to say “I can’t afford to be a liberal”, but that’s almost criminally off-base. There are plenty of people on the right who are well-off enough to base their voting decisions on what Jesus thinks a woman should be allowed to do with her vagina. In either case, I can’t hate on the person’s success. But I don’t have a job and am way more interested in the fiscal issues, so I would appreciate at least an attempt at having some  perspective. I understand that most of your fanbase is liberal because they’re young/conservative because they’re religious, but before you shoot off your fat mouth maybe try to give your decisions the same consideration the rest of us do.

Let’s put an end to universal suffrage. Deny celebrities the right to vote.